Microsoft introduced Windows Server 2012, a new version of the Windows Server operating system based on Windows Server 8. It is the sixth version with new features and upgrades in cloud computing and storage infrastructure. This latest version brings in a lot of new capabilities and enhancements in storage, deployment services, directory, networking, clustering, PowerShell, and file services.

Check out a few new features and enhancements included in the Windows Server 2012:

These advanced features and enhancements in windows server 2012 can make it easy for system administrators to manage and perform automation tasks and deployments at ease.

Step-by-step: How to view and manage Open Files on Windows Server 2012 and beyond

If you are new to Windows Server 2012 and unsure where is the share and storage management system, our guide will help you through it. Share and storage management keeps a record of past activities and other files. However, this feature no more exists in Server 2016. But if you are using Windows Server 2012, we have listed two different methods to view and manage open files or shared files/folders.

The Computer Management technique is one of the best ways to view open files or troubleshoot locked files. However, for checking the process or file details, method 2 is an appropriate choice.

How to View Open Files in Computer Management

Make sure to open this application or console on the specific computer/server that comprises the shared folder. Then, to view the open files of the shared folder, I must open the computer management console from the server.

Step 2: Select the Shared Folders from the left panel and press on open files as the console opens.

A list of open directories will show up on your screen:

If you wish to close any of the listed files/folders, right-click the file and choose “Close Open File”. This will save your shared file/folder from being locked anymore.

How to View Open Files in Resource Monitor

Step2: On the top of your screen, you will find many tabs. Choose the disk tab from the list. Now, you can view all the file details and disk activities, including PID, open files, read and write bytes per second, etc. 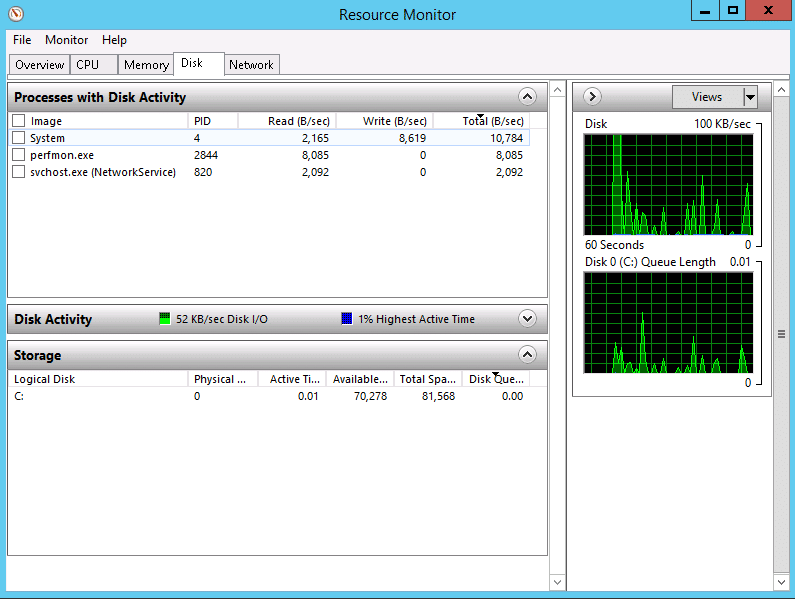 To view the full file path, scroll through the column section. If there are many disk activities visible on the screen, stop the live monitoring. Now, you can view only the open files.

Go to the Monitor menu and select stop monitoring to hold the live monitoring process.