Ad Blocker and Pop up blockers are meant to stop annoying and overbearing ad's on websites that overuse them and ruin the user experience.

They cause websites to become way to slow to even use.

Along with security issues that some ad's pose, especially those that want you to install fake Flash updates and Anti-Virus, we've decided to bring you a extensive list of some of the best Free ad blocker's on the market.

There are many up and coming pop up blocker add-on's and extensions coming to the market almost every month now, and even the most popular blockers have whitelist for advertisers to buy a spot on and allow their ad's to be shown.

Top Pop Up and Ad blocker Software and Extensions Free and Open source, this software script is made for people looking for a very minimal blocker that is very good on CPU usage and uses Memory very efficiently, thus not putting a lot of stress on your PC.

Out of the box, this software blocks quite a few advertisers, but not so many that its overly protective.

You have the option to use other block lists that are available to block an even greater number of advertisements along with using the advanced mode of the platform to further define blocking rules of any given advertiser. This is by Far the most popular ad blocker for the Chrome browser, boasting over 200 million downloads and 10,000,000+ people currently using it. It's as easy as installing the add-on and it starts to work automatically, no fancy configuration or fiddling with advanced options.

This software is also available to download for iPhone, Safari Browser (Mac OS X) and Opera as well.

Adblock Plus for Firefox, Chrome, Opera and Safari Adblock Plus, supporting a wide variety of web browsers, also has over 10,000,000+ people currently utilizing its blocking engine to stop invasive ad's from overtaking your screen.

However, this software Allows Acceptable Ad's, meaning that many websites rely on display advertising for their revenue and to stay afloat, along with cover expenses of hosting and employees, thus encouraging them to use non-intrusive display ad's to generate revenue.

The “Acceptable Ad's” criteria can be found here if you are interested in the details of it. Adguard's user base isn't quite as large are the previously mentioned extension's, but that doesn't mean it doesn't do the job well.

It definitely has the most extensive support for browsers of them all, including Chromium Browser, Firefox, Safari, Opera, Yandex browser and Palemoon.

What stands out the most about this software is the blocking of interstitial ads – commonly seen on larger websites such as Forbes.com. AdRemover for Chrome is a lesser-known add-on that does what all the other adblockers do as well, including block ad's on HULU. Easy to use interface and doesn't require any personal information to run or register. Ghostery has a little different approach to ad blocking, but actually disclosing how they make money on their add-on, usually a feature called “Ghostrank®”, which, if you opt-in to use it, sends anonymous information to them about data collection technology that they see and they then sell it off.

Being so forthright with their monetization of the software is very risky, but transparency is also essential in the privacy world. “SIMPLE SIMPLE SIMPLE” is the motto of this add-on. Blocks all the usual ad's from YT, in-site ad's, pop-up, text-ad's, background and whole-site ad's as well.

Its meant to be easy for “your brother, sister, mom, grandma, …. everyone” as the description says. 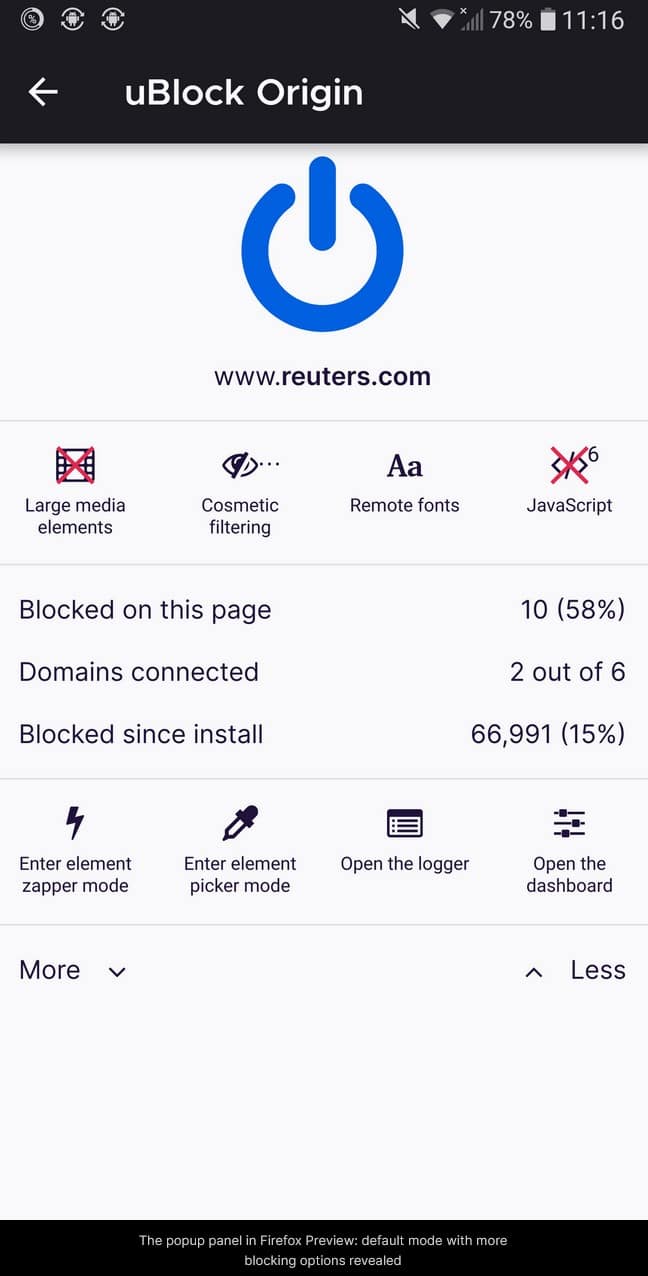 uBlock Origin (formerly μ Adblock) originally only supported for Firefox, however it now also has runs on Chrome, Opera, Edge and can  be self installed as well.Its ad blocking technology boasts some great features, including the removal of Redirect URLs from Google, Yahoo, Naver and Daum search engines, along with text-ad removal as well.

Another interesting feature it has is the removal of Google Analytics tracing from websites as well. Its lightweight and meant for SPEED!

uMatrix for Firefox, Chrome and Opera uMatrix is great for Advanced Power Users – utilizing a “relaxed block-all/allow-exceptionally” mode, as their github reads, it will definitely break site appearances and layouts, so be ready to fiddle around with the software to get it dialed in properly with the correct levels of filtering and such.

The software also has a “allow-all/block-exceptionally mode” that can be accessed through a click on the “ALL” in the global scope, which is less restrictive than the default mode, but will still block a considerable (62,000) amount of blacklisted hostnames.