Cloud computing is the on-demand availability of computer system resources, especially data storage and computing power, without direct active management by the user.

Today we are going to define infrastructure as a service (Iaas), discuss how it works, talk about some pros and cons, and compare the three platforms as well as introduce a few vendors.

Here's everything You Need to Know about Infrastructure as a Service (IaaS)!

Definition of Infrastructure as a Service (IaaS)

Infrastructure as a Service (IaaS) is a form of cloud computing that provides virtualized computing resources over the internet.

IaaS hosts infrastructure on the public cloud and private cloud instead of in a traditional on-premises data center.

The infrastructure is delivered to customers on demand while being fully managed buy the service provider.

Enterprises rent or lease servers for compute and storage in the cloud and users can run any operating system or applications on the rented servers without the maintenance and operating costs of those servers. 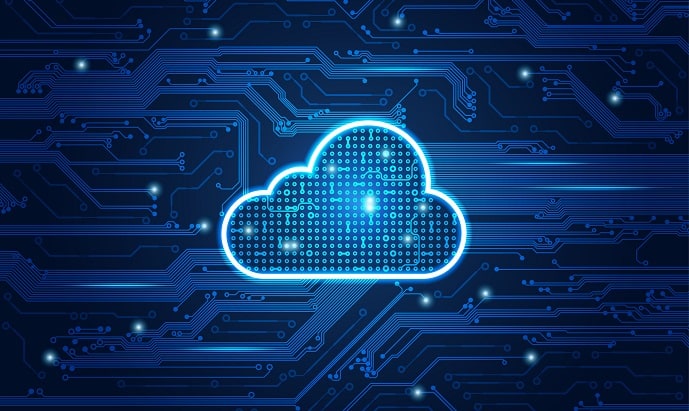 In an Iaas model, the cloud provider hosts the infrastructure components that are usually present in a physical on-premise data center such as servers, networking hardware, storage, and the virtualization hypervisor layer.

For example, a user can set policies to drive load balancing to maintain and track application availability and performance.

IaaS customers use a wide area network (WAN), like the internet, to access resources and services and they can use the cloud provider's services to install the remaining elements of an application stack.

IaaS users can even use the provider's services to track costs, balance network traffic, troubleshoot issues, monitor performance, and more.

Businesses can also deploy private cloud and become their own provider of infrastructure services, but this is more complex and involved, which is why many businesses prefer to use a provider.

Many businesses prefer IaaS because they can rent or leases servers and can run any operating system or applications on the rented servers without the maintenance and operating costs of physically owning those servers themselves.

IaaS is especially effective for workloads that change unexpectedly, are temporary, or are experimental.

For example, IaaS is great if a business wants to test a new software product.

It might be more cost effective to host the application on an IaaS provider and move it to a more traditional in-house deployment if they choose to deploy the software permanently.

IaaS customers generally pay on a per use basis either by the hour, week or month.

Some providers charge by virtual machine space as well.

The pay-as-you-go model eliminates other expenses of having an in-house hardware and software model which incur capital expense costs.

One of the biggest concerns of an IaaS model is that the workload's availability and performance is highly dependent on the provider.

For example, if an IaaS provider experiences network bottlenecks or any form of internal or external downtime, the users' workloads will be affected.

Despite the pay-as-you-go model and the cost savings it could offer a business, on the flip side, it could also lead to some billing problems if not properly managed.

Users should monitor their IaaS environments and bills closely to understand how IaaS is being used, and to avoid being charged for unauthorized services.

Another common problem with the IaaS model is the lack of insight. Because IaaS providers own the infrastructure, the details of their infrastructure configuration and performance are rarely transparent to IaaS users.

This lack of transparency or clear explanations from the IaaS provider can make system management and monitoring more difficult for some users.

There are many IaaS vendors and products to choose from.

Here are some popular options to get you started if you are looking into IaaS: