The operation and architecture of the different Linux Package managers will vary from distribution to distribution. But generally, all Linux package managers should help install, remove, update, audit, and solve challenging dependency and software version issues.

In this post, we’ll review the best and most popular Linux Package Managers. These include yum, DNF, apt, Pacman, zypper, Portage, and a few other honorable mentions.

Here is our list of the best Linux Package Managers:

A package and its manager

Packages were created to simplify software distribution and installation. In addition, they solve the challenging and tedious work of having to compile software and handle all its dependencies.

A package is a compressed file archive or collection of files to perform a specific task or application. It contains:

Linux-based computers depend on packages that can be managed via software repositories. Packages control the inclusion, maintenance, and removal of programs on a computer.

Common examples of different Linux-based package formats are RPM and DEB. These are both archive files with metadata attached to them. For example, RPM is used for Red Hat distributions and DEB for Debian-based distributions.

When Linux packages start piling up, their dependencies and versions of dependencies become more complex and often unmanageable; you’ll need to use a package manager.

a. The package manager

A package manager, also known as a package management system, allows you to install, configure, audit, upgrade, or remove software packages from your Linux operating system.

On a basic level, package managers follow a similar process, which starts by:

Package managers should automatically identify the “lacking” dependencies and download all the necessary packages from a single repository. Although all Linux package managers perform the same fundamental function, which is to maintain the software on a Linux-based machine, they vary according to their architecture, interface, syntax, and format.

b. Pre-built vs. build-it-yourself

Generally, there are three different ways to install software using a package manager. The most popular way is using the pre-compiled (pre-built) software package. Second, you can also use a script that lets you compile, build, or re-compile software. And finally, you can use a combination of both.

As mentioned earlier, the essential feature of a package manager is to find, install, maintain and uninstall packages. But package managers do differentiate themselves with a couple of parameters, including: 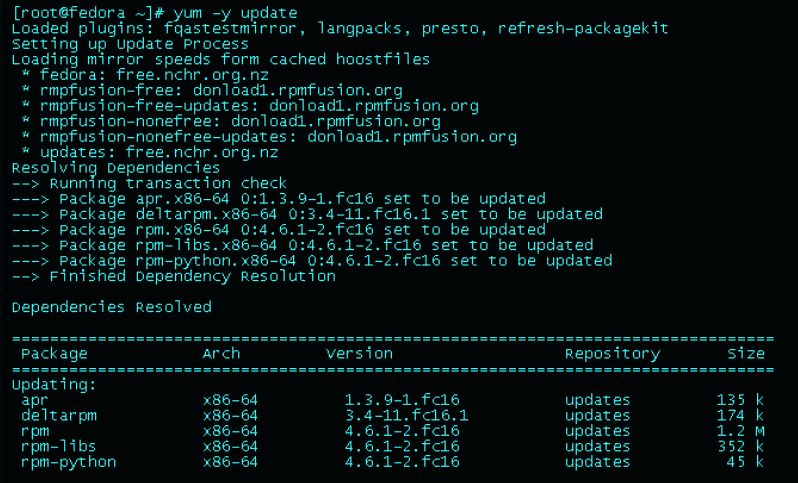 The Yellowdog Updater, Modified (yum), is a command-line package-management utility and front-end for the Red Hat Package Manager (RPM). Although RPM was created to manage packages in Red Hat Linux, it is now used in many Linux distributions including, CentOS, OpenSUSE, Fedora, and more.

YUM is based and depends on the RPM; thus, it can manage .rpm packages (RPM distributions) from local or Internet-based repositories. Yum is often used in Fedora, CentOS (5 and above), and Red Hat Enterprise (5 and above). Although YUM uses a CLI, many other tools, like YUM Extender (yumex), provide the GUI to YUM’s functionality.

Verdict: Although yum is still the preferred package manager for rpm-based Linux distributions, some long-standing issues haven’t been fixed. These issues include slow dependency resolutions, excessive memory usage, and undocumented API. So now yum is slowly being replaced by DNF.

The Advanced Package Tool (or APT) is the popular command-line manager that handles the installation and removal of software packages for Debian, Ubuntu, and other related Linux distributions.

APT is the front-end of the Debian Package (DPKG), which is the base package manager for Debian distributions. APT uses DPKG on the back-end to install and remove packages. Aside from managing packages and their dependencies relationships, it also allows sourcing and higher-level versioning management. APT can also get packages from remote locations and deal with more complex dependencies resolutions.

APT vs. APT-get? The apt-get is also another feature-rich CLI front-end version of the DPKG system. APT is the subset of the older command-line tools, apt-get, and apt-cache. It uses the same prefix and is user-friendlier than both tools.

Verdict: APT is the preferred package manager for any Debian-based distribution. But using it can get complex once more PPA keys and extra repositories are added. 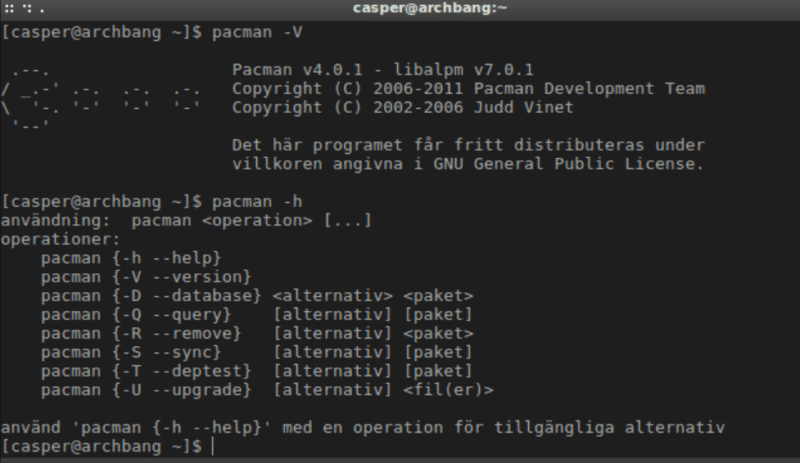 There are two main reasons why few people would prefer to use Arch Linux: one is because it provides full customization, and two because it comes with an outstanding package manager, known as Pacman.

As mentioned earlier, Arch Linux uses the one-of-a-kind package manager, “pacman,” which allows you to either use a pre-built package (from repositories) or build it yourself from scratch. Pacman includes a set of commands to manage all the Arch-based packages and comes with binary packages to help with a package build. This advanced package manager uses simple compressed files “bsdtar(1) .tar” as a package format and a package database system.

Verdict: Arch Linux distribution focuses on simplicity and versatility. These are why Pacman provides a faster and more straightforward approach to package manager than Debian-based cousin APT-get. The only downside is that Arch Linux requires more time for fine-tuning and knowledge.

Zypper is the robust command-line (front-end to RPM) package manager for installing, removing, and updating packages, in addition to managing and accessing repositories. It is an open-source project available since openSUSE ver 10.2, Fedora (since Fedora 26), and Tizen.

What makes Zypper stand apart from other package managers is its powerful dependency solution known as SAT solver. When there is a dependency problem, Zypper provides multiple solutions and presents the output using an informative and clean tabular format.

Verdict: Zypper is one of the youngest projects. Although the project is in constant development and improvement, its community is still relatively small. 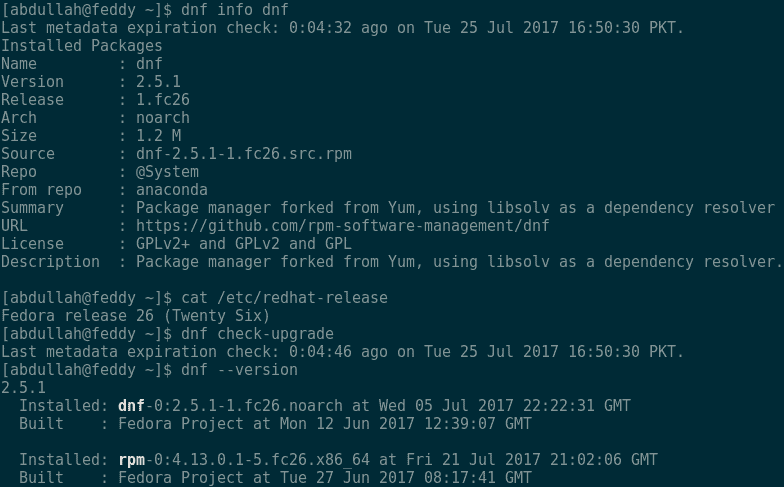 Dandified YUM or DNF is another RPM front-end, designed to replace yum as the default package manager in Fedora 22 and Red Hat Linux 8. It is also used in CentOS, Mageia, OpenMandriva, and Yocto.

DNF improves YUM in multiple ways, including performance, conflict dependency resolutions, and easier integrations. In addition, the package manager provides an architecture for extending package management functionality via plugins. There are more than 25 plugins officially already supported by DNF and more on development by DNF’s community.

Verdict: DNF was designed to address the deficiencies of yum, and will soon replace it. The landscape for DNF has changed since Fedora, and Red Hat Linux adopted it as its default package manager. Although its community is smaller than yum, its adoption is quickly increasing. 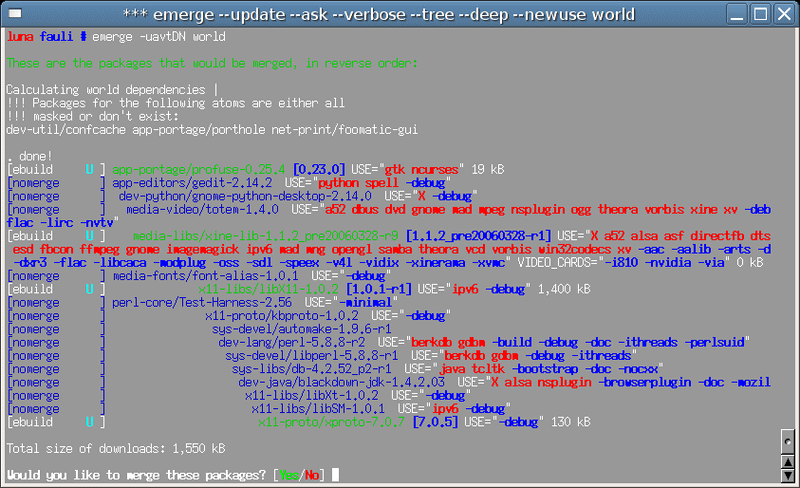 Gentoo is known to be the most challenging and distinctive Linux distribution out there. It is believed to be the same as Linux From Scratch (LFS), but with the exception that it comes with an exceptional package manager known as Portage.

Portage is Gentoo’s official package manager and software distribution system. It provides outstanding flexibility, which makes it an OS-independent package manager. Although Portage is built for Gentoo, it is also used by Chrome OS, Calculate, and others.

Verdict: Portage is considered one of the most advanced package management systems. But starting with Gentoo Linux can be challenging. Gentoo doesn’t come with pre-compiled software and management tools, so you must configure everything from scratch.

Below are three honorable mentions for Linux Package Managers.

A package manager would not make you change to an entirely new distribution, but it does make a big difference. After all, package managers simplify installing, updating software on Linux, and even dealing with the dependency hell.

We went through the best and most popular Linux Package managers in this post, including YUM, APT, Pacman, Zypp/Zypper, DNF, and Gentoo’s Portage.

Which one is your favorite package manager?

Please leave your comments below.