DDoS attacks are evolving— they are becoming more sophisticated and distributed. Now, they are starting to give real headaches to cyber-security experts.

Since the DDoS focus changed from network and transport layers (L3 and L4) to the application layer (L7), DDoS attacks are more challenging to mitigate. The volume of these attacks is also getting out of control. DDoS sources or bots are now distributed to every corner of the earth and into anything connected to the Internet. If something has IP, like cameras, NAS, servers, mobiles, or IoT devices, it can be turned into a bot and commanded to attack.

In this post, we’ll review the best 8 DDoS protection services— plus three more worth mentioning. All these services include all or most of those qualities that will reduce the impact of a DDoS attack.

So, what can a DDOS protection service do to protect you from a DDoS attack? 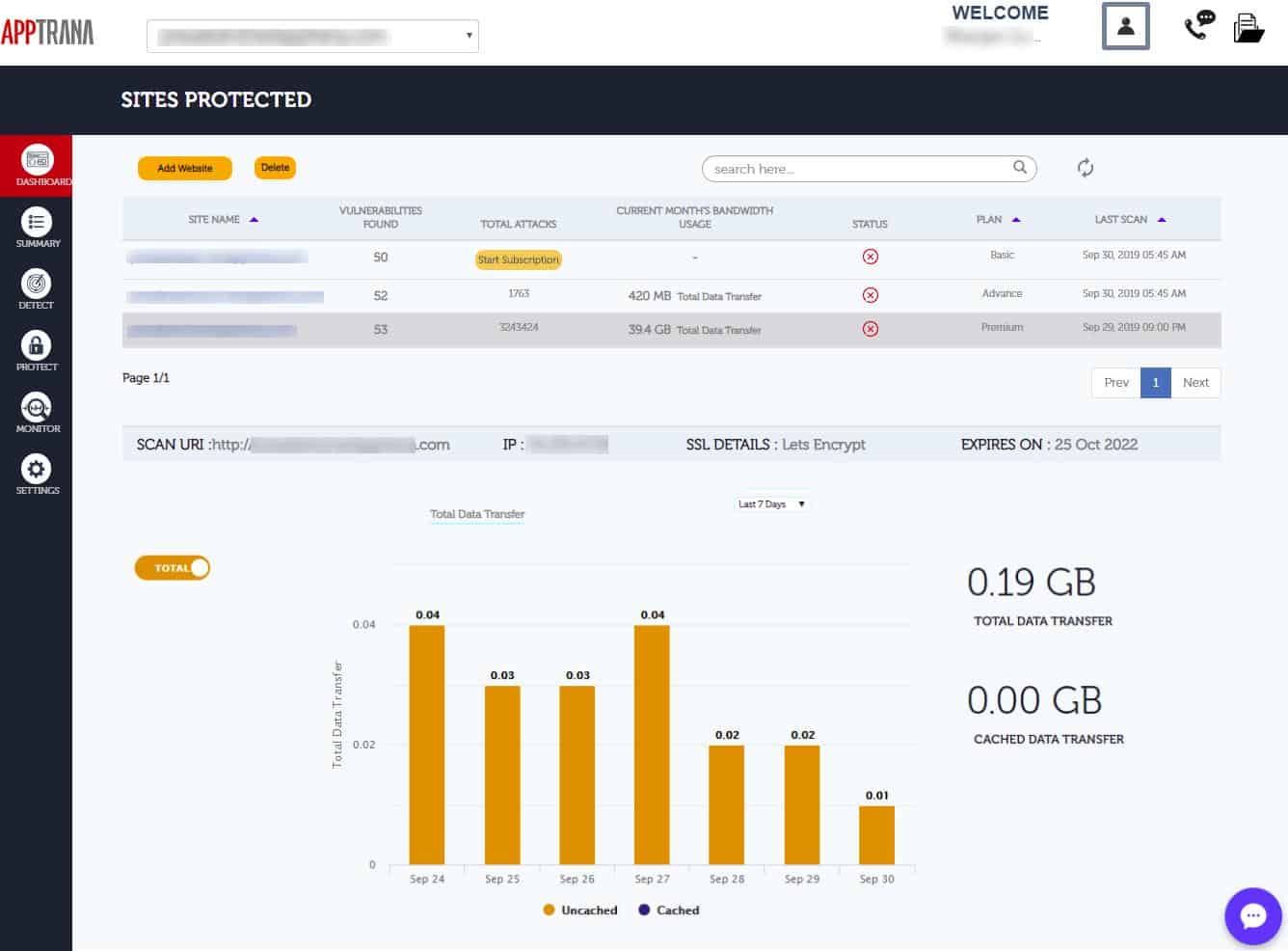 Indusface AppTranna is a WAF that aims to put your app first, by mitigating risks rather than stopping attacks. It is one of the few WAFs capable of identifying app vulnerabilities and patching them automatically.

How does AppTrana help protect from DDoS?

The AppTrana DDoS protection service is capable of taking massive volumes of traffic. It monitors and filters requests from specific IP addresses based on source “geolocation” and identifies a DDoS attack (L3/4/7). It gives you access to whitelisting, in case legitimate traffic is blocked. 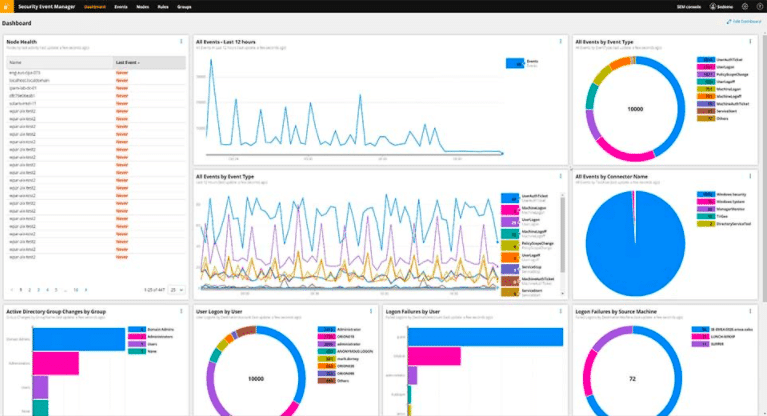 How can SolarWinds Security Event Manager protect you from DDoS?

Price: The perpetual license starts at $5,093 and the subscription starts at $2,613. Register to Security Event Manager for a fully-functional 30-day free trial.

How Prolexic Routed stops DDoS attacks? It uses its large CDN to stop attacks at the cloud before they reach the victim. The L3 (network) traffic is deflected to any of Akamai’s 20 global scrubbing centers where traffic is analyzed and filtered. The Akamai SOC experts analyze traffic, apply an appropriate mitigation strategy, and forward legitimate traffic to its destination. 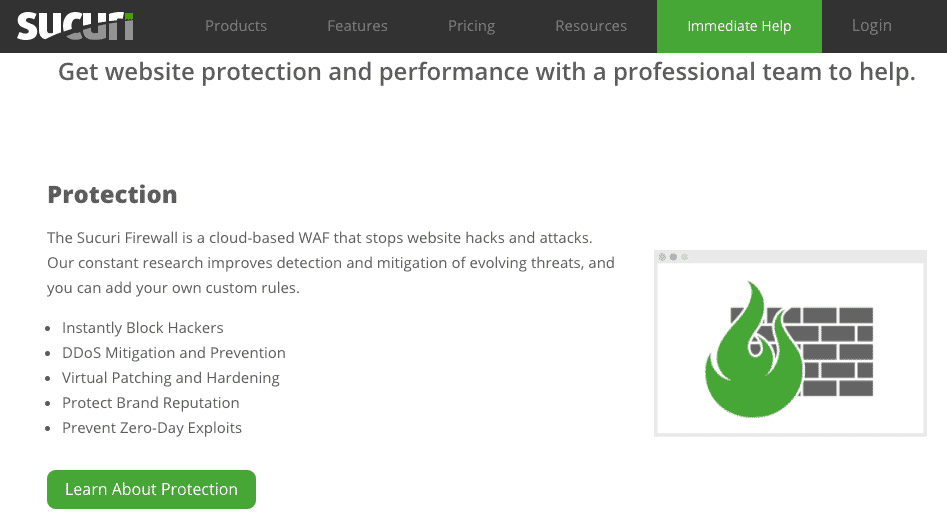 Sucuri’s Firewall is a cloud-based WAF and Intrusion Prevention Systems (IPS). This comprehensive WAF is designed to protect you from OWASP’s top ten. It can safeguard against Malware, vulnerabilities, hack attempts, zero-day exploits, brute-force attacks, and of course DDoS.

How does Sucuri help protect from DDoS?

Sucuri’s WAF is capable of mitigating layer 3,4 and 7 DDoS attacks. For Layer 7, it monitors inbound HTTP/HTTPS traffic and performs a browser challenge to validate if requests are coming from a normal browser, and not from a DDoS script. Sucuri also uses Machine Learning (ML) to improve the performance of the behavioral analysis. 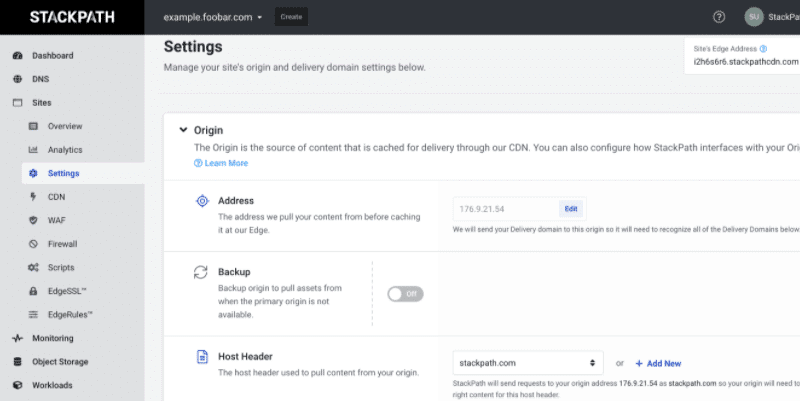 StackPath’s WAF is a cloud-based service with DDoS attack protection. It uses threat identification and mitigation technology, device-level fingerprinting, and wide DDoS attack profiling. StackPath is popular for its CDN of edge locations.

How can StackPath WAF protect you against DDoS?

StackPath’s WAF can detect DDoS attacks at layers 3, 4, and 7. It uses threshold rules (domain, burst, and sub-second) to identify layer 7 (application) DDoS attacks. Once identified, it relocates resources to the single victim (via CDN) and uses ML models to allow legitimate traffic to go through.

The service may take up to 65 Tbps of junk traffic before hitting your server. This uncommon level of capacity should be enough to stop some of the largest DDoS ever recorded.

Cloudflare is one of the largest CDNs in the world, composed of hundreds of data centers distributed across +100 countries. Cloudflare is pretty popular for its free tiers, such as its DNS resolution service (1.1.1.1). But the best benefit of Cloudflare’s massive CDN is the protection against malicious traffic.

What Cloudflare does to protect you from DDoS attacks? Since it is very likely that traffic going to your web app or site is running through CloudFlare’s network, it will catch it upstream before it hits your server. It can identify DDoS attacks and other botnet-generated traffic like data scraping, or spamming comments.

Akamai Kona Site Defender is a cloud-based and highly scalable DDoS protection solution for the enterprise. It provides a multi-layer (Layer 3,4, and 7) protection from the variety of new DDoS attacks. The service deflects L3 (IP, ICMP, ARP) traffic and absorbs L7 (HTTP/HTTPS) at the network edge.

Price: Get a quote. 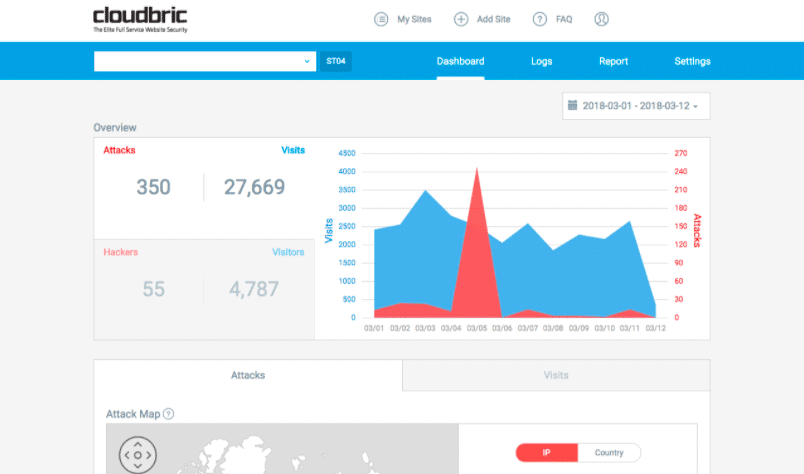 Cloudbric, headquartered in Seoul, South Korea, is a cybersecurity software development company. Cloudbric’s cloud-based WAF is considered as one of the newest sophisticated solutions to protect against XSS, SQL injections, and DDoS.

Sign up with Cloudbric to get a free trial.

Other DDoS Protection Services Worth Mentioning

The best strategy against DDoS attacks is to prepare beforehand. A successful DDoS attack can damage an entire business’s revenue, reputation, and productivity. Waiting until you are under attack and then look for help, is not a good solution.

Although a DDoS protection service will not stop the attack— it will mitigate it. It will make it less hostile so that your server can still respond to legitimate traffic— until the DDoS attacker runs out of resources.

To protect your IT infrastructure, on-premises tools like SolarWinds Security Event Manager or Akamai Prolexic Routed will do a great job. For distributed web apps, use a combination of large CDNs with intelligent WAFs. Akamai and Cloudflare have the largest CDNs+WAF. But Sucuri WAF and IndusFace AppTrana have intelligent filtering systems.