Routing is a process to choose a pathway to transfer data from one source to the final destination. The concept of routing is limited to computer networking, but it also covers other areas, including telephone networks, public transportation, etc. In Computer Networking, routing is performed by a device named router, under which a path is chosen for the data packets to travel across one or more networks. Under this concept, the routing protocols and costs help determine the best path to reach the final node.

Look at the picture to better understand how the routers choose a path to reach the destination. For example, there are two pathways in this image, Network (1,3 and 5) and Network (2 and 4), for the data packets to reach from source A to Destination B. Network 2 and 4 are the shortest, so the router may opt for it, but Network 1,3 and 5 might be faster. Thus, these are the challenges that a router faces and makes a choice accordingly. 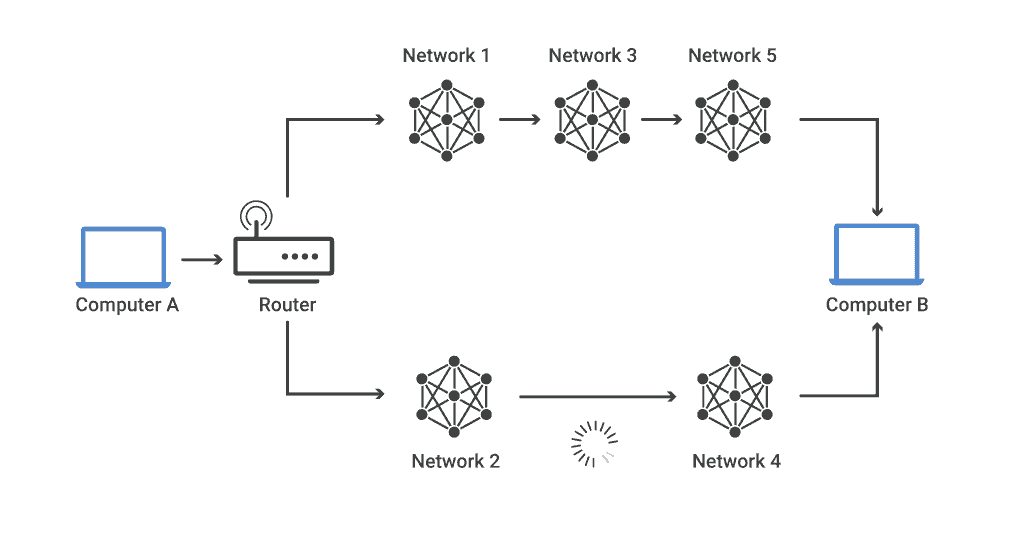 How Does Routing Work?

When a router receives a data packet, it immediately reads the headers stating its final destination. Then, it cross-checks the information with the routing table entries (a list of goals) and decides which path is best to reach the intended destination. Finally, the router recommends a pathway for the packets to travel, crossing various routers on their way to the final node. They are three types of routing processes – Static, Dynamic, and Default routing.  It is not easy to make changes in the static routing as only the network administrator can manually set up or update any changes. Dynamic Routing, on the other hand, use carious routing protocols and updates automatically. Also, it requires more computing power, which is why most small networks prefer static routing over dynamic routing. However, any medium and large-sized network may count the dynamic routing process as it is more efficient.

What is Routing Table?

The routing table comprises information about the arrangement of a communication network between devices, essential to forward a packet to its final destination. These work as a map or resource to help find the next-hop or best path to move a data packet. They use static and dynamic IP addresses to locate devices and accordingly direct the best pathway.

As a network device receives a data packet, it checks and matches with routing table entries (a list of destinations). These data packets keep track of where and which way to travel next to reach the final goal. Then, according to the match instructed by the routing table entry relating to the next hop, the packet moves to reach the final destination.

What’s included in a Routing Table?

Destination: The IP address to which a data packet is transferred over a network.

Next hop: The closest or following IP address to which the data packet is sent. The following hop address is calculated based on routing protocol and its metrics.

Interface indicates the local network interface that the device must follow to forward the packet from its origin to the next hop or the main gateway.

Metric: It indicates the associated cost of each route, which further aids in determining the most cost-effective route or path for forwarding packets from one point to the other in a network.

One can maintain a routing table manually or dynamically. Only the network administrator can manually change the tables for static routing, and no bandwidth usage is required between the routers. On the other hand, automatic routing tables are built and maintained by the devices under routing protocols in dynamic routing. Also, dynamic routing is easy to configure and helps discover network destinations but is less secure than Static routing.

By default, the Windows operating system has a built-in routing table to make routing decisions. For example, you have a small office and don't want to purchase a hardware router; then you can use your existing Windows PC as a router by adding routing functions. There are two types of routing, dynamic routing, and static routing. Dynamic routing is configured automatically, while you will need to configure static routing manually.

You will need to add static routes in the following circumstances:

Step 1 – Search for PowerShell in the Windows search and locate the PowerShell.

Step 2 – Right-click on the PowerShell and click Run as administrator.

Step 3 – Once the PowerShell windows open, run the following command to view the routing table:

You should see your routing table on the following screen: 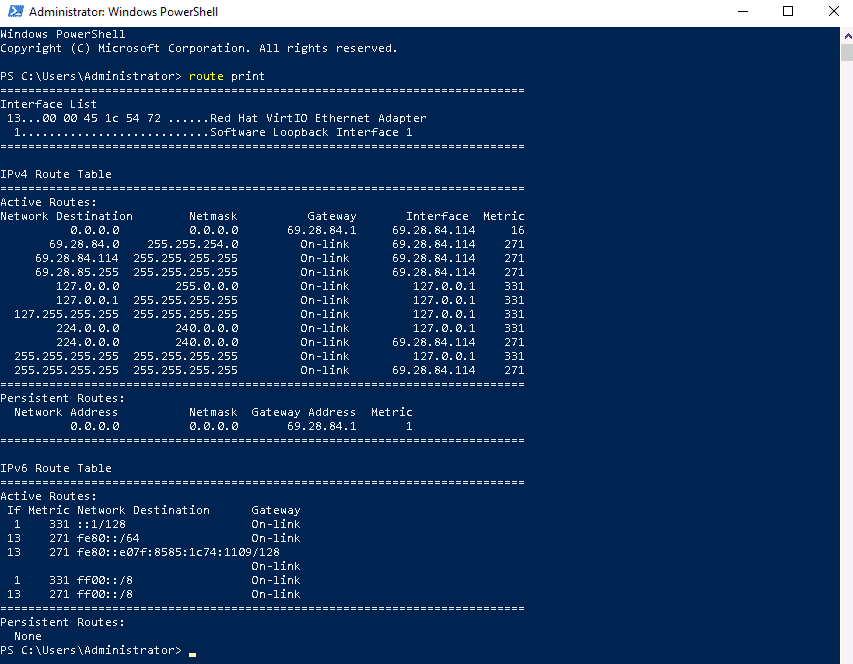 How to Add a Static Route Using a Powershell CMDLET

The basic syntax to add a static route using a Powershell CMDLET in Windows is shown below:

A brief explanation of each option is shown below:

Now, run the following command to view the routing table. 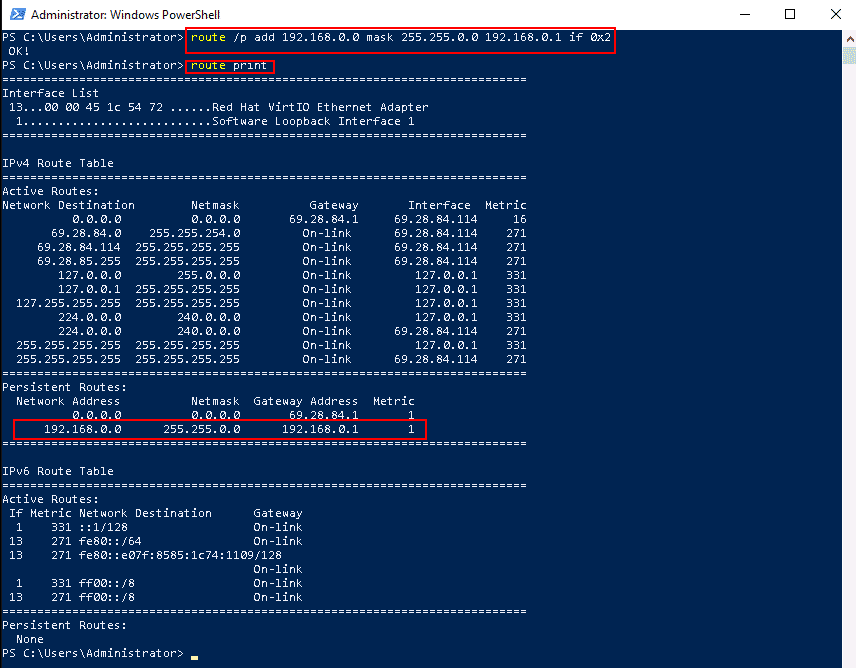 How to Remove Specific Static Route

To remove all static routes, run the following command:

To remove a specific static routes, run the following command: